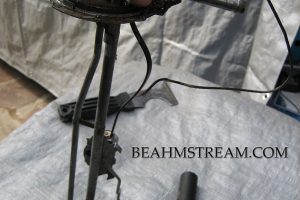 The biggest reason I scored my Argosy Motorhome (other than my neighbor being a great guy) is because the previous owner couldn’t get fuel to the motor.  He had “help” from a friend who tried replacing the fuel pump (with one that wasn’t powerful enough), but the actual issue was that the fuel line from the tank was severely blocked.  In the gallery below you can see what I removed from the lift tube in the fuel sender.  Not only was the “filter sock” pretty much full to the point of saturation, but the metal tube from the bottom of the tank was filled with a lot of black, rubbery crud.

To get the Argosy back to my place from where it had been sitting for more than a decade, I had bypassed the gas tank by placing a small fuel reservoir inside the cabin and installing  a Carter P4070 fuel pump to move the fuel.  It is common consensus that a fuel pump should be as close to the tank as possible, with no part of the fuel line “behind” the pump; thus, inside the tank is the very best placement.  My intention for the *final* fuel delivery solution was to install an in-tank lift pump, and with the access port that my Argosy has in the floor above the tank, I think that’s still a viable option, but after seeing how everything is set up, I think I’m going to just stick with the Carter as close to the tank as I can get it (not inside the tank).  This just makes replacing/servicing the fuel pump that much easier, because you don’t have to open up the access port in the floor to get inside the fuel tank.

I was considering adding a “better” fuel filter inside the tank, but after doing a lot reading, apparently the sock is the best way to go, because it soaks up fuel, and allows the vehicle to run when the tank is virtually empty.  If the fuel is moving around in the tank while driving, the sock soaks it up and keeps it at the intake line.  If the sock weren’t present, there would be an empty tube trying to suck up fuel from places in the tank it can’t reach.  I may need to replace the sock filter in another 50 years, but I’ve got the floor access panel, so dropping the tank isn’t necessary for that procedure.

So now that I have my tank opened up and the sender removed, I will replace the fuel sock and clean out the tank before hooking everything back up and driving away! 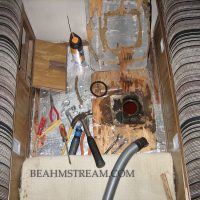 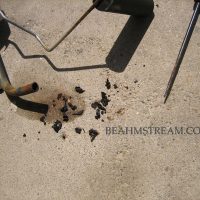 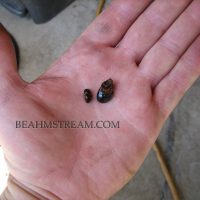 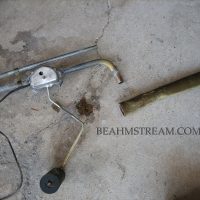